No one denies the need for reliable and accurate data. But the question is why UNFPA has realised the need for ‘reliability’ of population data in 2010 and not before, although the World Population day was established by the Governing Council of the United Nations Development Programme in 1989. The purpose was to "focus attention on the urgency and importance of population issues". Before that the interest was generated by observing the Day of Five Billion on 11 July 1987. According to the latest figure in July 2009, the global population is 6.8 billion. The projection is that it will rise to 9.1 billion in 2050.

The Secretary General of the United Nations in his message on the World Population Day (11 July 2010) has declared that "some 60 countries are collecting data and counting people as part of the 2010 census process". According to him "A census is the only statistical operation that covers the whole population and all areas of a country". Is there anything new in this statement? But there is some inherent meaning to it. For last one decade, we did not hear of any census in any country, although the population figures are quoted by the government, donor agencies, international and multilateral agencies according to their own projected enumerations. Before declaring the necessity of a ‘reliable’ and ‘accurate’ data, we would like to know from UNFPA do they imply that that the previous data was faulty!

The UNFPA was formed in 1969 (as United Nations Fund for Population Activities, later changed its name to United Nations Development Fund in 1987). It was placed under the authority of the United Nations General Assembly in 1971. In its leadership position as Executive Director, there have been two Muslim women, Dr. Nafis Sadik (Pakistan) during 1987 - 2000 and at present Ms. Thoraya Ahmed Obaid (Kingdom of Saudi Arabia) since 2000. The first Executive Director was from the Philipines Mr. Rafael M. Salas (Philippines) during 1969 - 1987. The countries of origin of the Executive Directors of UNFPA are from countries with political significance.

According to Ms. Thoraya Ahmed Obaid, UNFPA has played a lead operational role in helping to build countries' capacities for data collection and analysis for last 30 years. Currently it is focussing on supporting successful implementation of the 2010 round of population and housing censuses (2005-2014). In an Op-Ed write up for World Population Day, 2010 Ms. Obaid has stated that in 2009, UNFPA supported 77 governments’ national population and housing censuses and paved the way for other censuses in 2010. In Eastern Europe and Central Asia, UNFPA is promoting new data collection technologies and assisting Bosnia and Herzegovina to conduct a census. In Africa, UNFPA is helping to analyze data collected by recent censuses in Chad, Liberia and Nigeria.

The question is whether UNFPA is the appropriate organisation to carry out national level census. Population census is carried out by national agencies. In the case of Bangladesh, e.g. Population censuses were conducted by the Bangladesh Bureau of Statistics (BBS) in 1974, 1981, 1991 and 2001. Then why the UNFPA is taking a leading role in the census is not clear to us. In many countries of the world, specially those in the developed countries, it is the respective national statistical authorities who take responsibilities of census. Population statistics are also known as vital statistics and related directly to he security concerns and determining factors in war and conflict strategies. 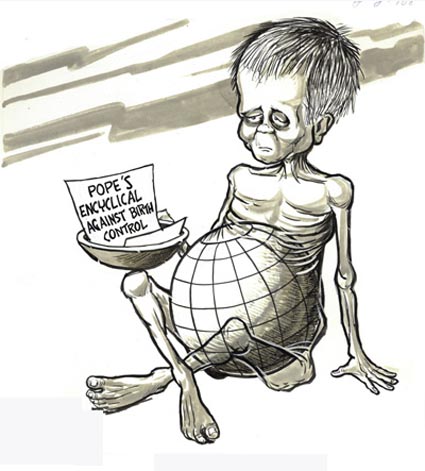 The main purpose of 'population control' is to eliminate the unwanted people. It is grounded in racism and eugenics that claim that the world is for the 'pure' races, implying white Europeans and Americans. Obviously black, brown, yellow or people of poor third world countries of Asia, Africa or Latin America must be terminated to preserve the world for the 'pure' race. Once we reject such racist population policies and its violent practice, we can begin to discuss the history of how  all communities had to strike a balance between human population and environment, and we are not different.  But in the era of capitalism, it has become impossible because population dynamics is integral to the self accumulation and expansion of Capital. We need to challenge both capitalism and racism, if we are indeed concerned to strike such balance.

For poor countries like Bangladesh, there are many "guardians" to enumerate the number of our people and to collect vital statistics about our people. For example, The World Factbook (ISSN 1553-8133; also known as the CIA World Factbook) is a reference resource produced by the Central Intelligence Agency of the United States which provides information on demographics, geography, communications, government, economy, and military of 266 entities including U.S.-recognized countries, dependencies, and other areas in the world. The other multilateral organisations such as the World Bank also produce their own figures on population which are often based on projections with Malthusian ideology.

So how will we ever know what is the exact population of Bangladesh? Who will decide in an objective manner? The concern of the developed nations towards countries like Bangladesh is not because they want to provide food, housing, education and health care; but because they are worried about the demographic distribution of the world population. First of all, the latest figure on global population is 6.8 billion as of July 2009 and is projected to rise to 9.1 billion in 2050. Over a third of the global population will be in Asia, by 2050 with India (1.7 billion) and China (1.4 billion). Also in Africa the numbers are expected to double to 2.0 billion. That Africa and Asia will cover the majority of the world population.

Although the Total Fertility Rate (TFR) is declining and population in 45 countries is expected to fall by 2050, yet it will be higher than the richer countries, where fertility has fallen below the natural replacement rate. In terms of population age distribution, the 49 Least Developed Countries (LDCs), have 40% population below the age of 15 years, and by contrast in developed countries there are now more people over the age of 60 years. The UN’s population projections assume that fertility rates in the Least Developing countries will fall from 4.4 to 2.4 by 2050. 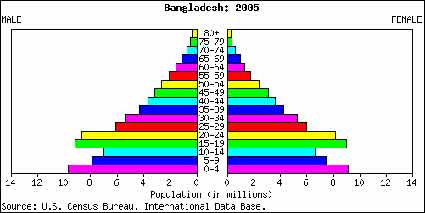 The US Census Bureau, International Data Base (2005) shows that countries like Bangladesh has more people at the bottom of the pyramid, i.e. more young people than the old in contrast to those of the developed countries. This is a serious concern for them.

However, despite the fact that the poorer countries have more people, yet they are not the ones to pose threat to the environment or contributing to global warming. The State of the World 2010 of the International Environmental organisation, WorldWatch Institute records that “the world’s richest 500 million people (roughly 7 percent of the world’s population) are currently responsible for 50 percent of the world’s carbon dioxide emissions, while the poorest 3 billion are responsible for just 6 percent.” But instead of controlling the over-consumption of the richest of the world, the concerns are expressed that providing electricity to 1.6 billion poor people may cause new carbon emissions. In other words, the life style of the rich will not be comporomised, only the poor will have learn to live without any "comfort". They must ‘adjust’ their lifestyle for the climatic variability caused by the rich.

In Bangladesh, now we are hearing about the slow progress of family planning programme and therefore active population control programmes are being suggested by the government with slogans like "Two children are ideal, one is even better". Bangladesh has experienced coercive and women-centred programme for contraceptive distribution since the 1980's. Harmful contraceptive distribution and forced sterilisation programmes were implemented. We have also seen the one-child policy imposed by Chinese government since 1979, which claims to have averted 400 million births. But it was achieved at the cost of female foeticide carried out through sex-selective abortion practices. Now Chinese men outnumber women by 32 million in the under-20 age group alone. Similar distortion in sex-ratio is found in India. Men are not able to find a bride to marry. 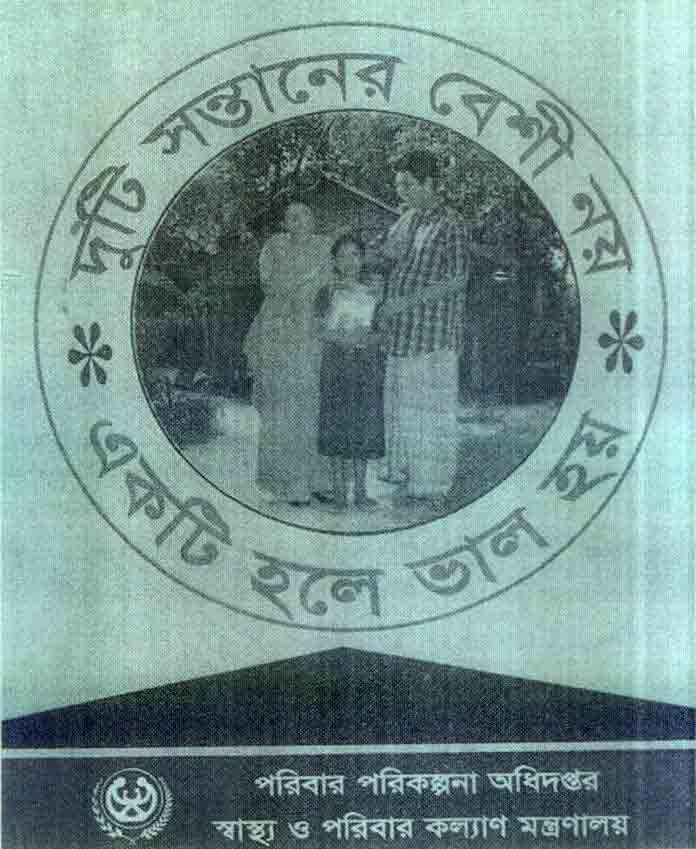 The Bangladesh government is using a deceptive slogan of One-child policy with the slogan that two is enough, but one is even better. The government is also using various incentive and disincentive methods for pursuing this policy, despite their knowledge about the potential impact on female foeticide as it happened in China.

So our suggestion is that Bangladesh must have its own independent census carried out with national institutions and also plan for the provision of health, education and other social services on the basis of the need of people. It is also important for us to realize that population data belong to the category of vital statistics and directly related to national security concerns, We can not allow others to manipulate the figures or use it for eugenic intervention.