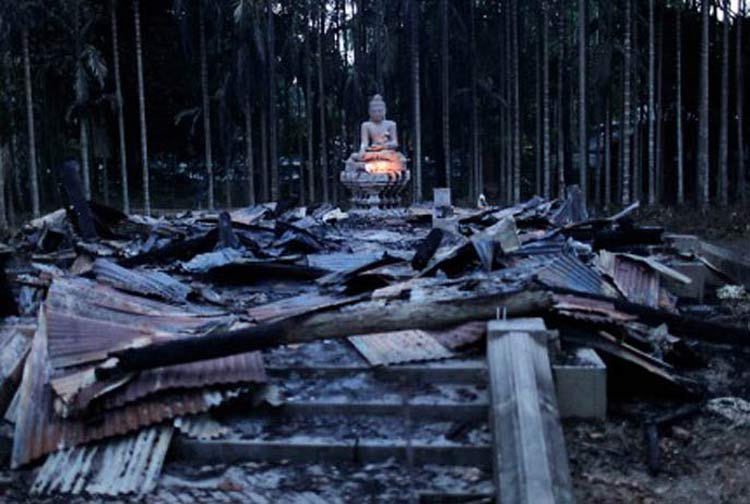 The entire governmental machinery of Bangladesh, with its retinue of law-enforcement units, intelligence agencies, and security forces, has totally and abysmally failed to protect minority communities in the South Eastern region of the country. A large number of monasteries, temples, houses and establishments of the Buddhist communities of the area, and even those belonging to some of the Hindu communities, have been subject to open arson and looting. Starting on September 29th, 2012 for 3 straight days the rampage continued in Cox's Bazar and Chittagong districts. The devastating attacks began at Ramu sub-district town on the evening of 2 (Read More )